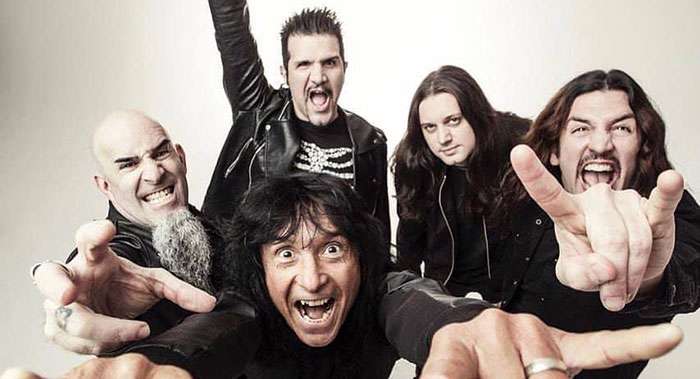 Anthrax has been forced to withdraw from next years Bloodstock Open Air Festival appearance in Derbyshire, England due to logistical issues out of the band's hands. The band was recently announced as one of the main acts alongside Killswitch Engage, Meshuggah, Megadeth, and more. Anthrax's time slot has been taken by Triptykon playing a special Celtic Frost set.

It was audiences and media in the U.K. who first embraced CELTIC FROST's music in the mid-1980s and gave this band a history and career. Without their support, I wouldn't be here as the musician I have become. Moreover, we have also been very fortunate with TRIPTYKON to be granted an equally warm welcome every time we have played the U.K. This is particularly true for our past appearances at Bloodstock.

It is thus truly a special honor and pleasure for us to have been asked by Bloodstock to play this unique CELTIC FROST-themed concert at Bloodstock 2023. There will be many memories and emotions.