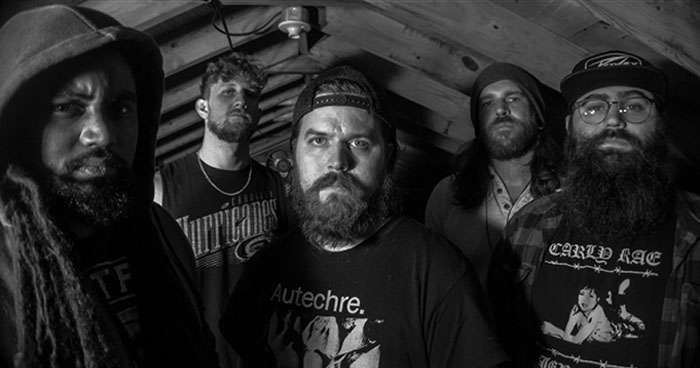 Recently featured in the Netflix Original series Dead to Me, North Carolina-based metal band As Oceans has released its latest single "Soundless Decay," out now on all major streaming platforms.

The song serves as a self-reminder to face whatever comes next. Sometimes life can throw everything at you all at once, and all you can do is swing back.

Born in the mountains of North Carolina, Raleigh-based metal quintet As Oceans has been a sonic and visual force since 2012's Enough Light to Warrant the Contrast. Following the sudden death of co-founder and lead guitarist Wes Bryant, As Oceans hit the road and toured the East Coast underground with their breed of layered and blistering metal. 2013's Relics of Axiom saw the band dive into those established depths and new territories, delivering clear-cut melodies accentuating tight, punchy, guitar riffs and thundering grooves.

Far from over, the band found their most-punishing sound with the 2015 EP Willows, which contains "The Thunder of Steel Clouds," now featured in Netflix's Dead to Me series. The band became a four-piece for their latest effort, 2018's Still Miles To Go, a venture into As Oceans' original sound.

Now, the Heirloom Hill sons return as a five-piece with their latest track, "Soundless Decay," out now on all major streaming platforms.