Pantera perform live for the first time since 2001 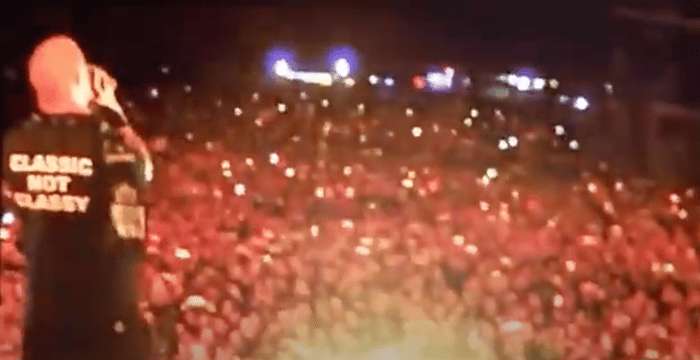 Pantera has played their first live show with a new lineup, consisting of vocalist Phil Anselmo and bassist Rex Brown, joined by guitarist Zakk Wylde (Black Label Society, Ozzy Osbourne) and drummer Charlie Benante (Anthrax). Tonight the band played the 'Hell & Heaven Metal Fest' in Toluca, Mexico. Videos of the set have been posted online by fans, which you can watch below.

This is the first time in over two decades that a band under the Pantera banner has performed. The band last performed at Beast Feast in Yokohama, Japan on August 26, 2001.

Pantera was originally co-founded by Dimebag Darrell and Vinnie Paul. As a result of Pantera's breakup in 2003, the two formed Damageplan. Dimebag was later killed onstage at the Alrosa Villa in Columbus, Ohio, while performing with Damageplan on December 8, 2004. Vinnie Paul was found dead in his Las Vegas home on June 22, 2018, his death due to a heart condition.

Wylde and Benante will join Anselmo and Brown for a world tour playing as the new Pantera lineup, as first reported in July. After a number of festival performances, the band will head out on its own headline tour. A North American stadium jaunt supporting Metallica will follow in 2023 and 2024.