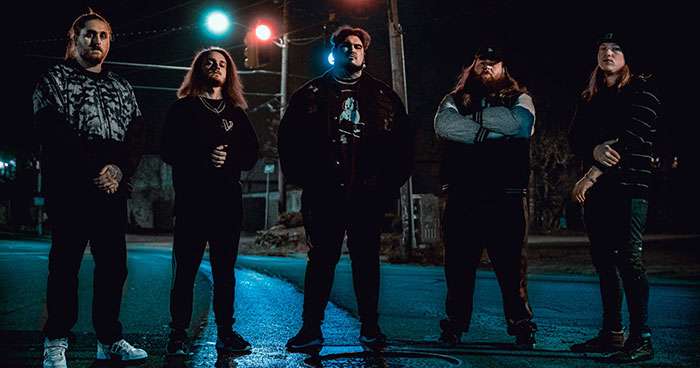 Left To Suffer has dropped their latest offering, "Primitive Urge", which also features Fit For An Autopsy frontman Joe Badolato. The new single, which is off the band's upcoming debut full length due out in the Spring of 2023, was mixed by Matt Thomas, mastered by Joel Wanasek, and recorded at Ashtone Audio.

This song is for all those who thought 'Snake' was a singular sonic direction change for us. It's not. We're a vibe like the whole universe, ever expanding in all directions forever. We present to you 'Primitive Urge' ft. Joe Bad of Fit For An Autopsy

The music video, which is available below, was shot by Nox Nohi and edited by Tyler Kosec.

Attila, Lorna Shore, Left To Suffer & more join forces for 'The Big Six'
Upon A Burning Body announce December dates with Left To Suffer and The Dialectic
Left To Suffer release new single, share music video
Left To Suffer has dropped off of the Kentucky Irate Music festival
Carnifex Announce Dead In My Arms 15 Year Anniversary Tour with Spite & More