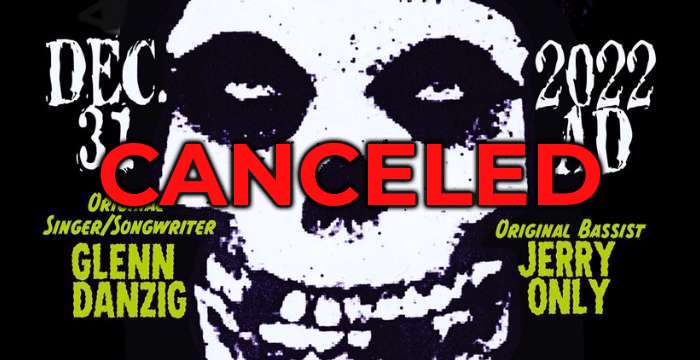 For one reason or another, it would see the Misfits have canceled their NYE Las Vegas show that was scheduled for December 31, 2022. It was only two months ago the group, featuring "The Original Misfits"; Glenn Danzig, Jerry Only, and Doyle with second guitarist Acey Slade and former Slayer drummer Dave Lombardo, announced the show alongside the Circle Jerks.