Jungle Rot to tour Australia and New Zealand in 2023 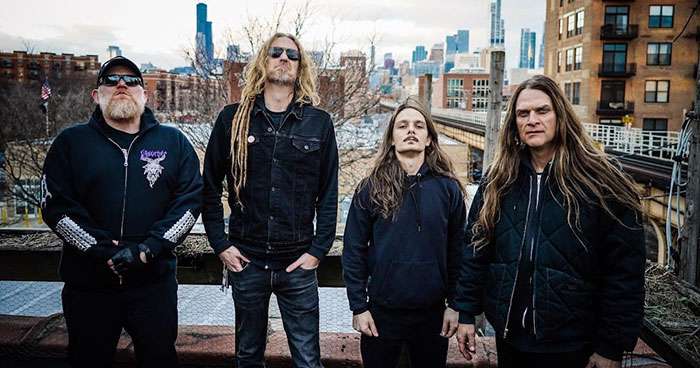 Wisconsin's death groove juggernauts Jungle Rot are finally making their debut in Australia and New Zealand in April of 2023.  Formed in 1992, the group has released 11 studio full-lengths (including their 2022 release A Call To Arms) in 30 years but had yet to travel down under. That all changes with the band finally making the trip for the band's "30 Years Of Rotting Away" tour, which will see support from Nembutolik. Dates are below.
advertisement 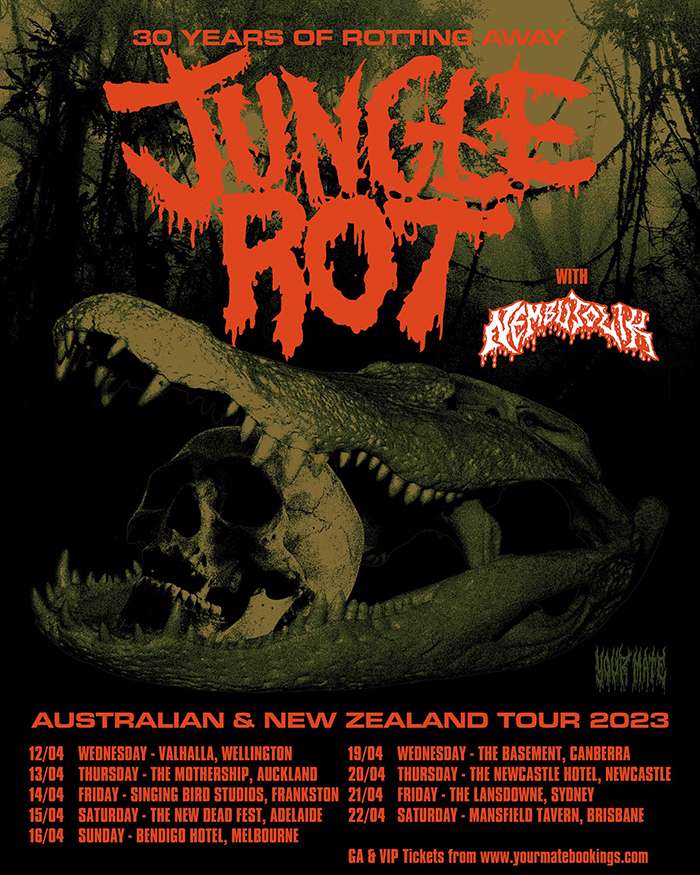