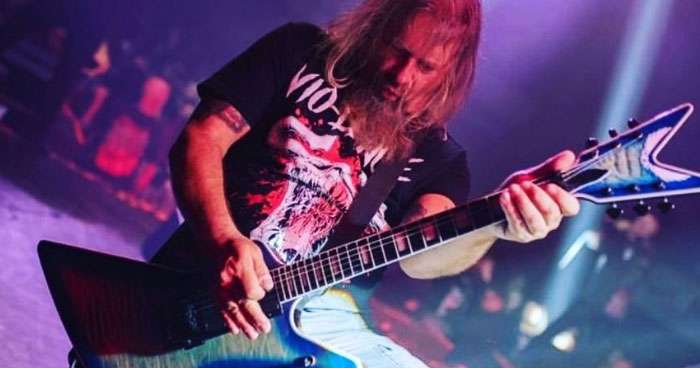 Yesterday the Bay Area thrash metal group Vio-lence posted via social media that guitarist Bobby Gustafson and the band have decided to amicably part ways. Gustafson, who originally spent time in Overkill, joined Vio-lence in 2020 filling in for then-guitarist Ray Vegas. In the post made yesterday, the band says that "logistical difficulties that weigh too heavy to function in a productive manner", whatever that may mean. There is no further information at this time regarding the split and Gustafson has yet to publicly address the split, however, it would he did recently share a post promoting Vio-lence playing in Europe just next week.

It should be said that one of the last Facebook posts Gustafson made was promoting their show MTV Headbangers Ball 2022 tour date in Stockholm, Sweden.