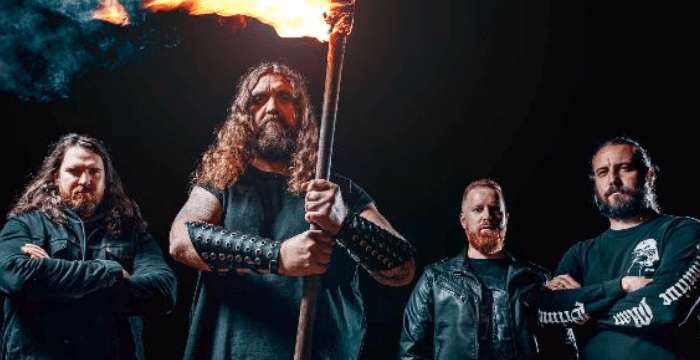 Emerging blackened death metal quartet Black Lava will release its debut full-length, Soul Furnace, on November 25, 2022 via Season of Mist! The band is now sharing a blistering performance video for the brand new single, "Northern Dawn." The video, which was filmed and edited by Colin Jeffs and produced by Black lava and Ten of Swords, can be found below.

After shooting up in the mountains for two days for the 'Eye of the Moon' video, we drove straight down to our next location the next morning - to take one extreme, the freezing fucking cold, to the other, hot as fuck! We present to you our final single for our debut record 'Soul Furnace' - we hope you enjoy it as much as we enjoyed making it!