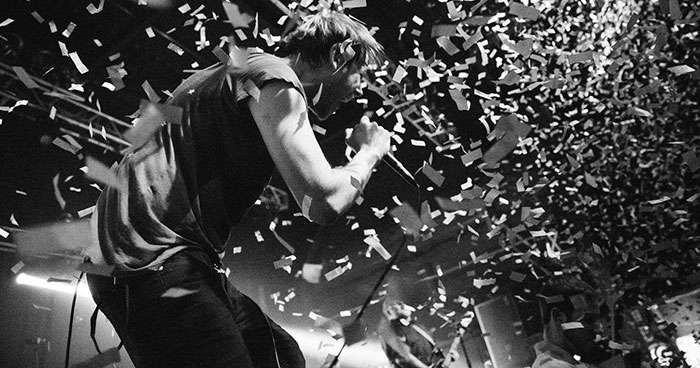 Thursday announced an anniversary tour for their 2001 release, Full Collapse, this winter. During with these US and Canadian shows, the band will celebrate the album's 21st anniversary by playing it in full. In honor of Domestica's 20th anniversary, Cursive will join them and perform the album in full also for this run. Additionally, Anthony Green will be performing on most dates. 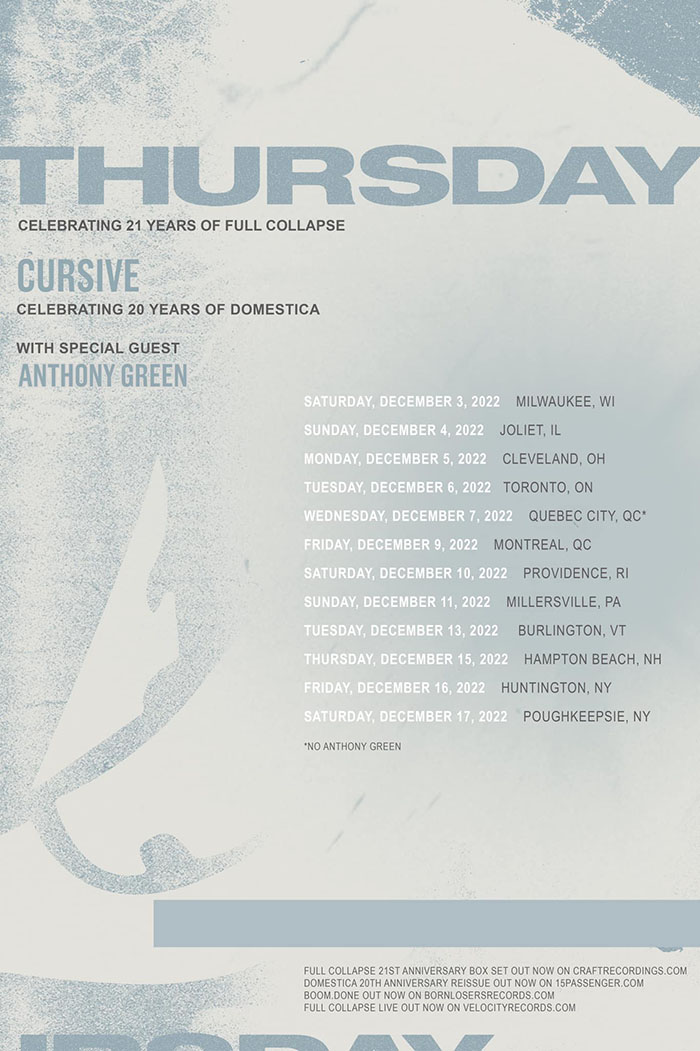