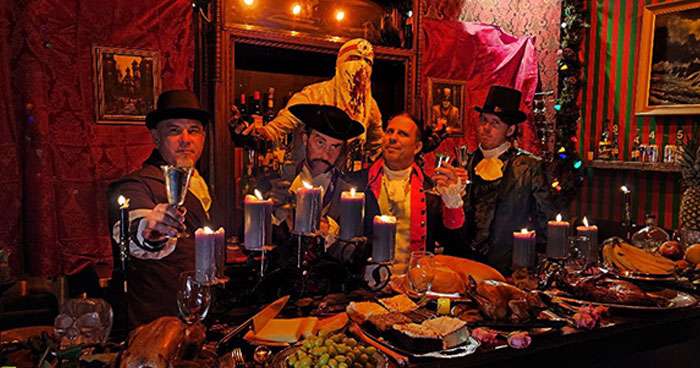 Exhumed returns with their new album, To The Dead, set for release on October 21 via Relapse Records. Today, the band shares its second single, "Carbonized."

"For me, the most exciting thing about To The Dead is that it's the most collaborative record we've ever done. Our own six-string slime-slinger Sebastian Phillips disgorged the riffs for 'Carbonized,' the disgusting little ditty we've selected as the second single from the album. Then Ross, Mike, and I worked out the lyrics, so this ode to cerebral incineration is truly a group effort -- which takes some of the blame away from yours truly if you guys hate it! For the optimal carbonizing experience, turn out the lights, crank up the volume, spark a bowl, and this tune will vaporize what's left of your senses and sanity!"

advertisement
The band is also gearing up for a tour across the US with Hulder, Vitriol, Molder & Castrator.