Bloodbath belt out lyric video for 'No God Before Me' 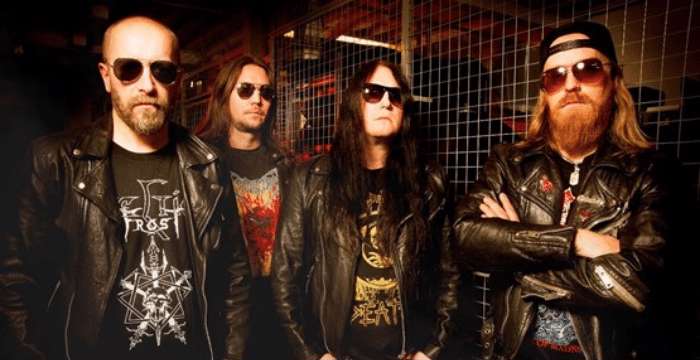 Death metal beasts Bloodbath have just released their sixth full-length album, Survival Of The Sickest, which is out now via Napalm Records.

In our review, Lambgoat writer David Rodriguez calls it "the best current-era Bloodbath album by a fair margin." Read the full review and listen to the album on all streaming platforms.

We know you want to practice your death metal growls too though, so take a gander at the latest lyric video from Bloodbath below.

On this relentless offering, "Old Nick" Holmes and his bandmates crucify with a blasphemic explosion, ensnaring with a sinister churning riff while coalescing elements of death and doom metal. Boasting one of the album's most hair-raising solos, "No God Before Me" is a prime example of the band's triumphant evolution.

Bassist Jonas Renkse on "No God Before Me":

"'No God Before Me' is a slow, churning hymn of death, a description of a godless afterlife as well as a massive nod to the masters of sickness themselves: Morbid Angel."