Hear the first material from the band in over a decade 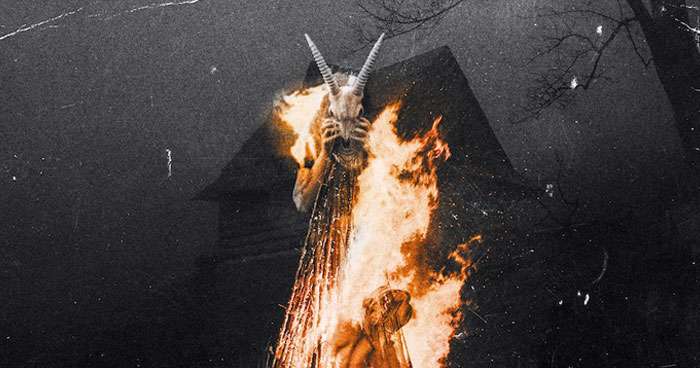 Maylene and the Sons of Disaster have released their new single "Burn The Witches". This marks the first new material we have heard from the group since Dallas sustained multiple injuries from an unfortunate ATV accident in December 2015. So far, it looks like this is a stand-alone single, but we wouldn't count out on more coming.

The band is also scheduled to play a pair of comeback shows this month as well. First in Tampa on Thursday, Sept. 22 and then the band will take the stage at Furnace Fest on Saturday, Sept. 24.

You can check out the new Scott Hansen-directed video below.

another FF mercy offering slot to an unworthy 00s band no one is clamoring to see. will be there with my attendance spreadsheet

Gaylene and the sons of disaster

What a terrible band name. Sons of Disaster? What a bunch of dorks.

"will be there with my attendance spreadsheet" Link me to that spreadsheet, bro.

Genuinely happy for Dallas and his recovery. Best track yet. God is good.

Ghilsane and the Epsteins of Mar Lago.

What in the Sons Of Anarchy soundtrack is this horseshit...

anonymous 1 hour ago What a terrible band name. Sons of Disaster? What a bunch of dorks. At least its not Sons of Thunder with those stupid pantaloons they wear

Feel like if you support this band, you are complicit in Dallas death on a stage somewhere. Dude is STRUGGLING lol

Bunch of f*cking c*nts in the comments.

Good shit. Hope they continue to work on new material

The breakdown riffs are solid, but everything else about this is an outdated joke. You're still southern and still terrible at the clean/harsh combo vocals. Neat.

"sounds like jan 6" So it sounds pretty weak and nothing happened?

Moderna and the Sons of Disaster

Gaylene and the Buns of Asster.

This is way heavier than I was expecting. Let's go!