Hear the single exclusively on Lambgoat.com 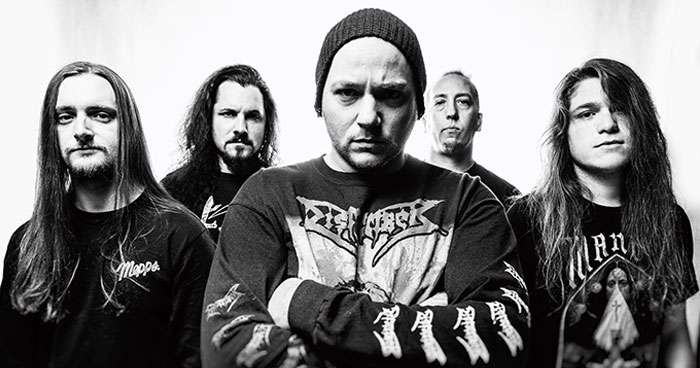 The Green Bay, WI death metal legion Choke have announced that their new EP, Desiphon, will be released on September 16, 2022, through Translation Loss Records. In collaboration with Lambgoat, the 5-piece has released its title track exclusively below.

Vocalist Dusty Hansen shared the following about the single:

Desiphon means the exact opposite of siphon (extraction from a source which turns to a constant flow until the source is depleted). This is applicable to the negligent damages that we as the human race have bestowed upon our planet and our own society itself. To reverse the siphon effect we've bestowed on earth - the means to fix it is to eradicate that which took part in creating the chaos and return them to earth via burial.

Being the opening track for the EP, Desiphon fires things off with an all out crushing onslaught of sound. Desiphon is a literal kick in the teeth to wake those passively observing the depletion of the earth on both a human and planetary scale.

As part of the exclusive premiere we are also giving away a few copies of Choke's upcoming EP Desiphon. You can enter win here.

You can also pre-order the EP from Translation Loss Records here.