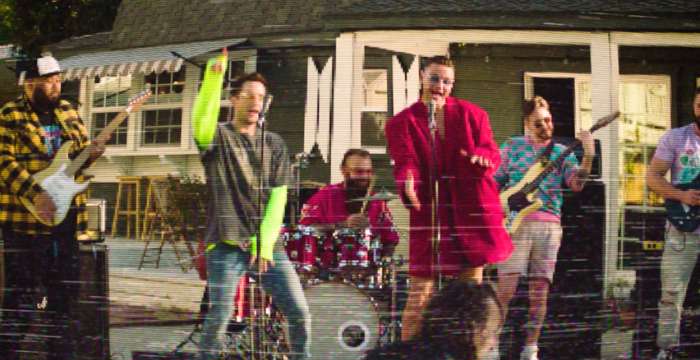 On doctor's orders, Californian post-hardcore band Dance Gavin Dance has had to cancel its immediate tour plans, which include their upcoming European tour and the band's Louder Than Life appearance. The group's screaming frontman Jon Mess has been told to rest his voice for a month, according to a statement released today.

The Dance Gavin Dance boys have had a turbulent year. In April, bassist Tim Feerick died from a suspected overdose, and just two months later, co-vocalist Tillian Pearson was accused of sexual misconduct and stepped away from the band. As a result of those allegations, Coheed and Cambria and Mothica dropped the band from their tour.

Even so, Dance Gavin Dance broke into the top ten with Jackpot Juicier, debuting at 8th on the Billboard 200.  Over 33K equivalent album units were sold in the band's first week.