Deadguy and Pig Destroyer split in the works, planning shows 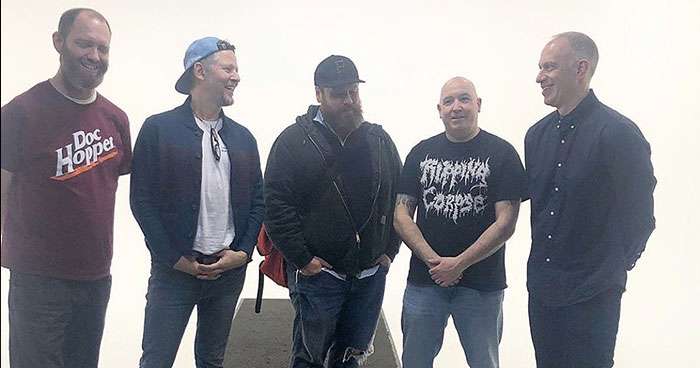 Recently we sat down with Deadguy drummer David Rosenberg to discuss the band's documentary, which you can read here. In speaking with David we were able to uncover the band has booked a few shows for October and has been in talks with festivals for possible appearances. The group has also been working on new material for the first time in 26 years and has plans to put that on a split alongside Pig Destroyer, though there is still no release date planned for that.

We've been writing new stuff, we're playing a couple shows in October, we've been talking to a bunch of festivals and stuff. We're going to do a split that we're also working on which is going to be with Pig Destroyer, which is fun. This is the thing, it's hard to get it together just because life gets in the way, but the fact that we can do that—Pig Destroyer; absurd band, absurd name, everything about it is great in my opinion—and the fact that we get to go do this stuff now because we're sort of a functioning unit to me is awesome.

That in itself is pretty big news, however, the band also mentioned they have been remastering half of the tracks off Fixation On A Co-Worker, the ones they had digital masters for at least. No word on the material not saved digitally.

Again, there is no timeline set for the new Deadguy material, but the group has seemingly buried their issues and has set the goal of releasing the above-mentioned split. So that is a big plus. We will keep you updated as we learn more.