The band will support Accept for 18 of those dates 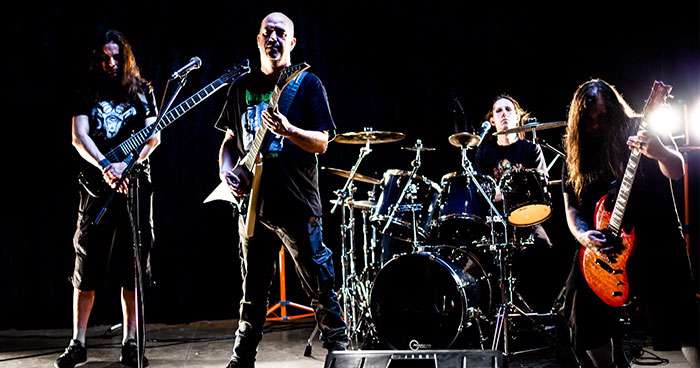 Dallas Toler-Wade, long-standing 18-year member of the brilliantly Egyptian-themed metal band, Nile, composed the music for hit songs such as, "Execration Text", which featured the band's second video release on MTV Headbangers Ball and the Uranium channel. The video was well received and aired for several weeks. "Permitting the Noble Dead to Descend to the Underworld", is also a fan favorite. The video release was long after the demise of Headbangers Ball. Dallas also composed music for many other hits like, "Lashed to the Slave Stick", Evil to Cast Out Evil, "Wind of Horus", "The Eye of Ra" and many others. Toler-Wade was also featured in Guitar World magazine alongside founding member and guitarist/vox/songwriter Karl Sanders.

Dallas Toler-Wade started Narcotic Wasteland while he was in between tours with Nile. He started writing music that was a little more similar to things he was doing in a previous band and since then he has completed writing for the third album and is currently finishing up the recording process. Ahead of that, they have released the single "Morality and the Wasp" and going on a US tour with German heavy metal legends Accept.