Even MORE bands drop off from the Kentucky Irate Festival (UPDATED)

For updates: scroll to the bottom 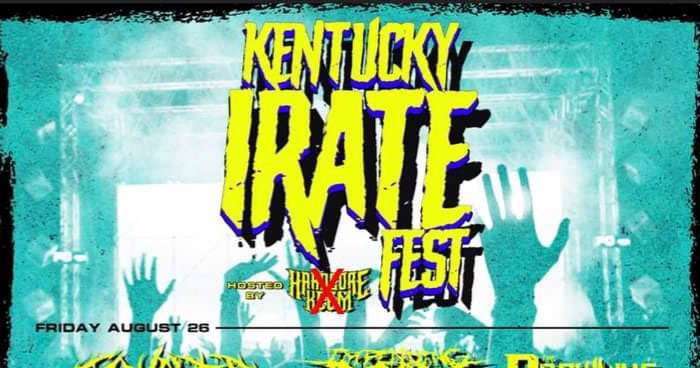 In the ongoing saga that seems to be the Kentucky Irate Music Festival, we reported yesterday that Left To Suffer was another band to drop off the lineup. This was a bit alarming because the previous bands that had cut ties could be considered 'locals' in the local community/scene, and possibly weren't selling tickets to the said event (as the promoters alluded to in his social posts). So when Left To Suffer announced they were removing themselves it seemed to be a tad bit more than that. So what has happened since we updated you yesterday?

It would seem that a list of bands and the event's host Hardcore Keem have dropped from the doomed event. Keem stated on his live stream he will no longer be hosting. No word yet on if The Browning will continue to play, Keem became the band's bassist earlier this year.

Other notable bands to have dropped thus far:
The Last Ten Seconds Of Life
Born A New
Kaonashi
Boundaries
Downswing
Summoning The Lich 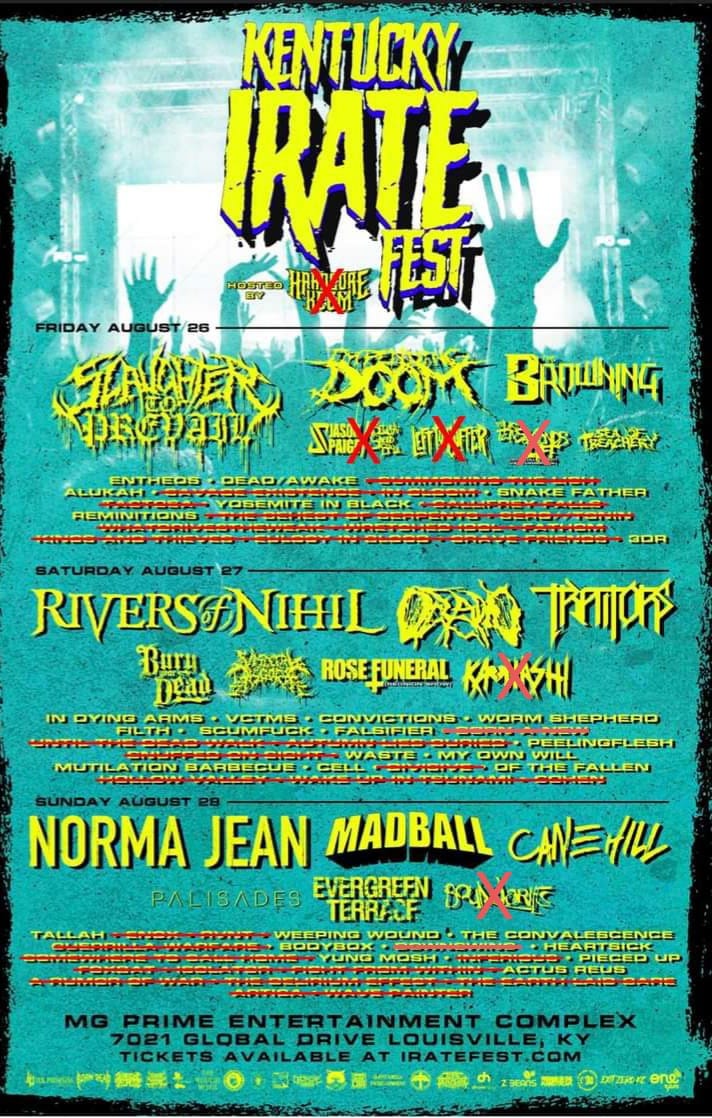 The festival was originally advertised as having 82 bands play the 3-day event, as of now 38 bands in total have removed themselves or been removed from the festival. You can see some of the announcements below:

UPDATE: It would seem another band has been dropped by the festival itself. Until The Dead Walk was scheduled to perform at the Kentucky Irate Music festival and The Smoked Out Tour. Due to allegations surrounding the band as of late, they have been removed from both, which, ironically, the same promoter handles both the event and the tour.

Just days ago Until The Dead Walk had posted that a member had stepped down and that they were in fact playing the festival: