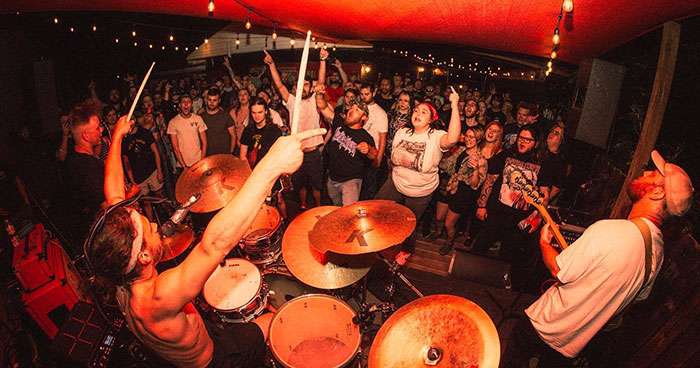 The Louisville, KY nu-metal/hardcore band Guerilla Warfare took to the group's Facebook to announce that they are no longer playing Kentucky Irate Music Festival, which takes place in Louisville. The band's post which makes some claims can be seen below.

A few hours later the festival itself responded after they claimed they had multiple inquiries.