Despite recent robbery of guitars and equipment 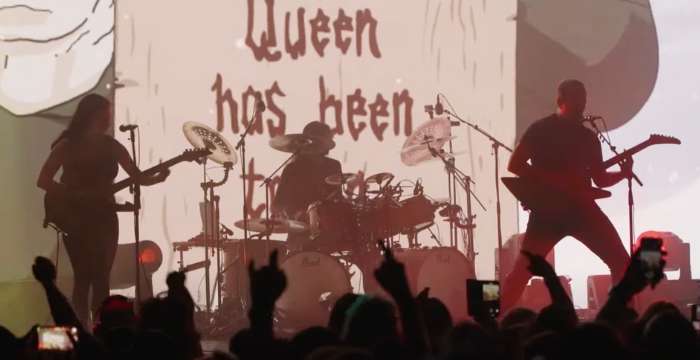 A few months back, Dethklok, of Adult Swim's Metalocalypse, announced their first live show in three years. Just days before the performance, frontman Brendon Small had a number of instruments stolen from his studio in Los Angeles, CA.

While we haven't heard an update on Brendon's situation, the band performed without a hitch in Philadelphia, PA during the last night of the Adult Swim Festival Block Party.
Today, Adult Swim posted a video from the performance on their YouTube channel, announcing that the full set will be available for streaming on September 23rd via The Roku Channel.
Until then, you can see Dethklok performing "Thunderhorse" here:
advertisement