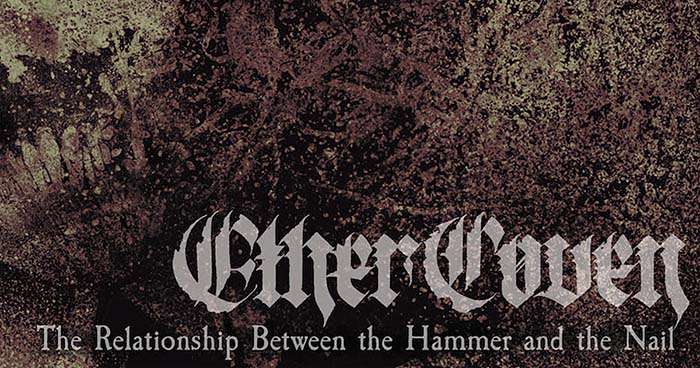 South Florida Doom/Sludge metal group, Ether Coven (which features members of Remembering Never), has released the second single off their upcoming release, 'The Relationship Between the Hammer and the Nail'.

Due out August 5th via Good Fight Music, the band's latest effort will feature a list of guest such as Tarek Ahmed (of Intercourse), Howard Jones (of Light the Torch, Killswitch Engage), and Dan Weyandt (of Zao). As we've previously shared, Ether Coven's first single off the new record featured Dwid Hellion (of Integrity) and Anthony Crupi (of Pain Ritual).

Vocalist Peter Kovalsky had the following to say about the track:

This song touches on a few parts of the prison industrial complex; The exploitative nature of using prisoners for labor while paying them next to nothing, killing their opportunities upon release (voting, housing, etc), the history of experimentation of prisoners, the sexual assault that happens in prison (notably from prison admins), cops brutalizing suspects (and the racist history of police.) America is a legalized racket and this is just another arm of it.

Coming from the South Florida hardcore scene, we've had a wild array of influences. One of our favorite bands from the area is Bird of Ill Omen. At some point, we became casual acquaintances with Shane (from Bird and now Fistula) and it turns out he was a fan of Ether, so it only made sense we asked him to drop some lines and it's really something incredible. Shane's voice is absolutely disgusting and it shows on this song. This was a true childhood dream come true.