Destrage announce new album 'So Much. Too Much.', premiere song and video 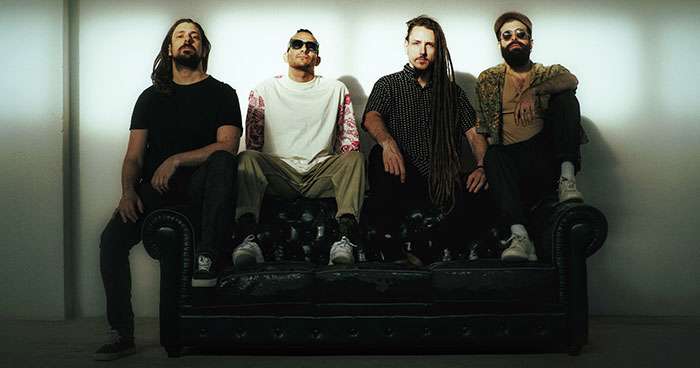 Destrage, the witty Milanese four-piece will release their 3DOT Recordings' debut and sixth full-length album, SO MUCH. too much., on September 16.

"We are super pumped to announce our new album, SO MUCH. too much.," the band, shared collectively. "We would like to thank Periphery and 3DOT Recordings for working with us and helping us bring these songs to the masses. This album is for all of the people who supported us during these last three years of nothing… who never ceased reaching out to us and asking for new music. You are the reason we do what we do. We can't wait to share these new songs live as well! We're back!"

News of the 12-song, Matteo "Ciube" Tabacco-produced collection, with mixing by Will Putney (A Day To Remember, Every Time I Die), arrives with the release of "Everything Sucks And I Think I'm A Big Part of It" and its accompanying video.

Guitar player Matteo Di Gioia explains that the track is "a child of the pandemic," adding "You're coming from a very boring time. It's the feeling of disappointment, being left alone, and being let down. It's very introspective, yet it's also narcissistic. In Westernized society we think everything is about us so there's some of that." The album also includes a guest appearance from Devin Townsend, on the song "Private Party."

"We all love Destrage," explains 3DOT Recordings co-founder/Periphery drummer Matt Halpern. "As a band and as people, they're awesome. Their new record is insane in the most unsurprising way. They're all amazing musicians who are constantly working on their craft, so it's no surprise that this is the result of all of that hard work. They're a ridiculous band and this album destroys. I can't wait for people to hear it!"

Album pre-orders, which include two limited-edition vinyl variants, CDs and an album themed capsule collection of merchandise, are available now via the 3DOT Recordings' webstore.