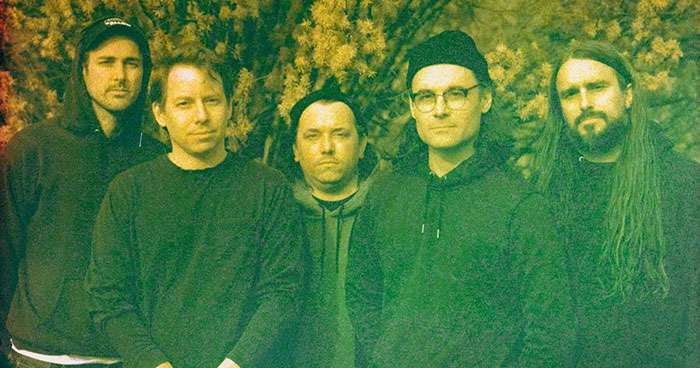 Baltimore/D.C. post-hardcore band Pianos Become The Teeth have announced their new album Drift will be arriving on August 26th via Epitaph Records. The fifth studio album is a follow up to 2018's Wait For Love, which Pitchfork praised for "nimble musicianship, inventive rhythms." Today they share lead single and music video, the haunting and technical "Genevieve" which the band agrees epitomizes the craftsmanship and creativity of the project. With ethereal finger picked guitar and layers of blooming harmonics, frontman Kyle Durfey questions his self-worth through poetic lyrics sung with a gentle vibrato.

Innovation and experimentation are themes that Pianos Become The Teeth have embraced liberally since their inception in 2006, leading up to their most masterful work yet. Many of the tracks within Drift were recorded through to a 1960's Echoplex analog tape echo and at moments throughout the album, it was physically manipulated and warped to produce unique sonics that seamlessly elevates the listening experience. You can hear some of the delays get pushed to the edge of falling apart before they disappear and the song snaps back to reality.

There is a sense of mystique and familiarity on the album, assisted by producer Kevin Bernsten (Integrity, Pig Destroyer) who recorded their first two projects over a decade ago. Bernsten's history with the band allowed him to push them toward the future without abandoning their past. Kyle Durfey reflects, "Kevin knows who we used to be and he knows who we are now and he was really down to experiment and try anything in the studio to see how it would work."

The Baltimore, D.C., five-piece—which also features guitarists Mike York and Chad McDonald, bassist Zac Sewell and drummer David Haik—originally started out as a screamo band and gained an enthusiastic fanbase via 2009's Old Pride and 2011's The Lack Long After. However shortly afterward Durfey stopped screaming and the band transitioned into a post-rock act who expanded their sound on 2014's Keep You and 2018's Wait For Love. Drift is the culmination of the band's penchant for redefining and transcending their sound and it does so in a way that stays true to their artistic and aesthetic vision.