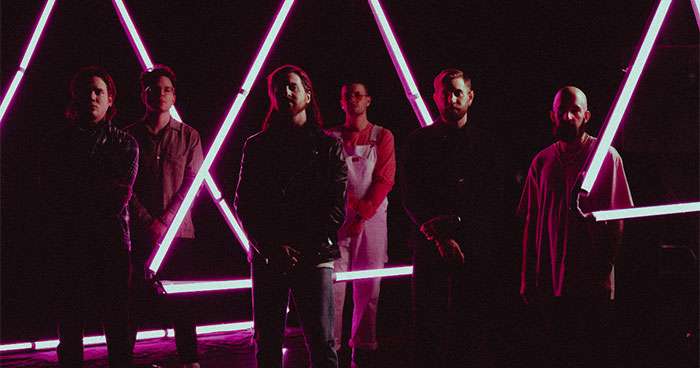 Today, the band has shared the video for the new single "Salt." Watch it here:

"'Salt' is a song about trying to move forward and then feeling like nothing ever changes, even when you've seemingly done everything right," the band says. "It's the sort of feeling that makes you question every move you've ever made. Initially, the lyrics were just about having trouble writing songs for our new record, but soon, we realized that this feeling of fighting only to be stagnant and held down applies to so much more in our lives. It was really a breakthrough track and allowed us to dive in even deeper into what became Color Decay."

The Devil Wears Prada have been consistently delivering since forming in 2005. Fans voted 2009's seminal With Roots Above and Branches Below one of the 5 Greatest Metalcore Albums in a Revolver poll, with the magazine christening it "a true metalcore landmark." The group has notched six consecutive Top 5 debuts on the Billboard Top Hard Rock Albums Chart, including Dead Throne (2011), 8:18 (2013), Space EP (2015), Transit Blues (2016), The Act (2019), and ZII EP (2021). The latter served as a sequel to one of their most beloved projects — 2010's Zombie EP. In the wake of the EP, the group exceeded a-quarter-of-a-billion cumulative streams and views. During 2021, the musicians decamped to remote hideaways together in Wisconsin and Desert Hot Springs, California. This time around, Jon took the reins as producer, collaborating closely to assemble a rich sonic architecture for what would become Color Decay.

as a lg cpa, i'd like to advise tdwp to drop the keys and 2nd guitarist. put that shit through a backing track and you can divide your 5k a night 4 ways instead of 6

Them and Parkway having a competition for the worst song of the year. Congrats!

ej 19 minutes ago as a lg cpa, i'd like to advise tdwp to drop the keys and 2nd guitarist. put that shit through a backing track and you can divide your 5k a night 4 ways instead of 6 Detailed breakdown of their finances per show, please

unpopular opinion, but having jon as a producer is going to take this band to a new level. i was in a band with jon over a decade ago, and even then, his writing talent was superb. no, this band is not (insert your favorite hardcore/metal band here), but for what they're doing, it's good. then again, this IS lambgoat. i'm not sure why i keep coming back here, haha. -dm

That makes two terrible songs out today. PWD and TDWP---YIKES

Most useless metalcore band ever

Angelina Jolie should be on this

They look like they work at the Urban Outfitters in Menlo Mall.

I don't give a fck Here for the comments