"The plan right now is for it to continue." 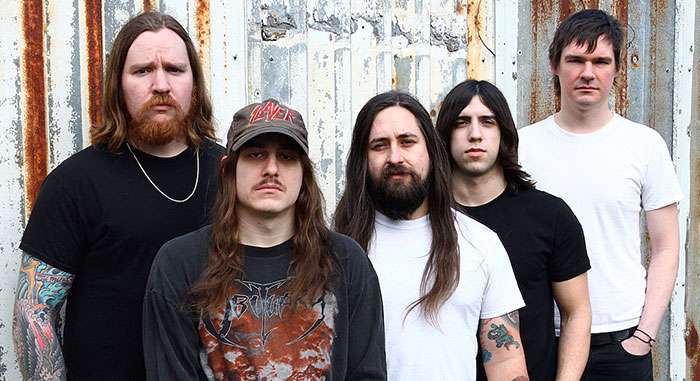 When Power Trip vocalist Riley Gale passed away suddenly almost two years ago, the immediate aftermath was obviously, and rightly so, all about Gale. But as the shock and pain subsided — as much as such monumental setbacks ever wear off — the surviving members of Power Trip were left in an unenviable position. The band had been their career, and they were very much on the rise at the time of Gale's death. However, Gale had been their leader and the most visible member of the group. The complexities of the situation left Power Trip but one option: silence.

Obviously, life didn't end for the remaining members of Power Trip, including lead guitarist and founding member, Blake Ibanez, who told the Los Angeles Times in March 2021 that, "We do want to continue to play music together. We just are not sure what that looks like at this time."

In a new interview with Banger TV (video below), Ibanez was ever-so-slightly more forthcoming. Speaking on Power Trip's activities since Gale's passing, Ibanez offered: "Got a lot of music, a lot of songs in the tank. So keep your eyes peeled for what that becomes. I think everybody here, especially that enjoyed 'Nightmare Logic' will really like it. Kinda next thing. Spent a lot of time working on it the last few years. I'm doing another side-project, just while I wait for things to fall into place... that will be coming out pretty soon."

But Ibanez is still, and understandably so, reticent when it comes to the future of Power Trip, stating, "People that like all the Power Trip stuff, then they'll be excited for what's coming. I can't say what it is or exactly what it isn't gonna be. But the plan right now is for it to continue. So that's all I can really say right now."