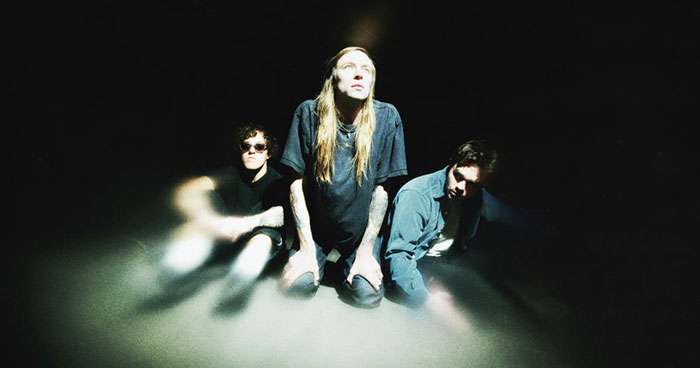 Candy announces their highly anticipated new album, Heaven Is Here, due June 24th via Relapse Records. Known as much for their show-stopping live performances as their critically acclaimed brand of hardcore, Candy's forthcoming 10-track project was produced by extreme music powerhouse Arthur Rizk (Power Trip, Black Curse, Prurient) alongside Candy guitarist Michael Quick. Heaven Is Here marks the band's first full-length release with Relapse and showcases their uncanny power to shatter the limits of what is expected of metal, hardcore and punk.

In tandem with the album's announcement, Candy shares the lead single "Human Condition Above Human Opinion" to introduce Heaven Is Here. The entirely digitally-rendered visual for the track was co-directed by Quick and digital artist Nikita Gorshkov whose 3D art masterfully brings the song's dystopian themes to life.

Heaven Is Here proves to be a record where the songs feel like a merciful reprieve from the screeching interludes; a masterful almanac of noise welded together by the unpredictable ways that we hear and reproduce the music we love in the era of unending dopamine hits and virulent technological doom.

Heaven Is Here will follow Candy's celebrated debut album Good To Feel, which features the stand out tracks "Good To Feel" and "Lust For Destruction" and was described by Pitchfork as "loaded with the kind of revolutionary trappings that make you want to hit the streets running." The new project also follows the 2019 singles "Super-Stare" and "Win Free Love."