Within Destruction return with some brand new music. 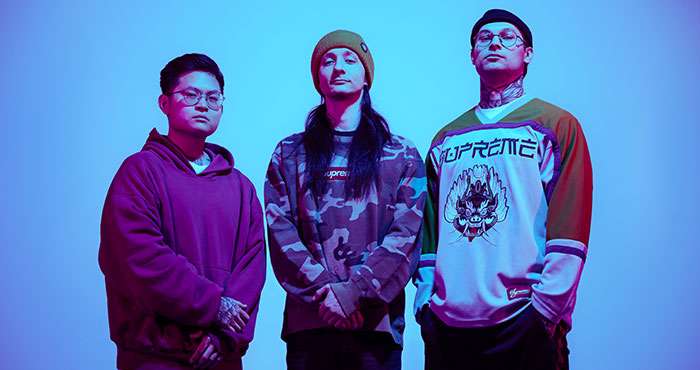 Slovenian deathcore band Within Destruction have unveiled a new single titled "Nightmare," the first output from their next release cycle. The single will officially be available this Friday, April 15 (pre-save here), but today we're pleased to premiere the song along with its music video. The new Pavel Trebukhin-directed clip can be found below.

Speaking about "Nightmare," drummer Luka Vezzosi says : "We're very excited to finally start showing everyone what we've been working on for the past two years. Nightmare continues in the direction we envisioned with Yokai in 2020 and is one of the grooviest songs we've ever made. The song is packed with heavy riffs, distorted 808 basslines, groovy drums and is built around a big chorus that includes something we've never done before, but finally had the perfect moment and reason to do. Mixing and mastering was done by Jeff Dunne who worked with Motionless in White, Ice Nine Kills, Veil of Maya, etc. and he without a doubt made the most massive sound we've ever had."

Meanwhile, be sure to catch Within Destruction on the road throughout the remainder of 2022, as they tour the UK, headline Australia with Signs Of The Swarm, and trek across the U.S. with Enterprise Earth.

Swing and a miss. I guess they can't all be homeruns.

That's what happens when you start wearing Supreme and become hypebeasts.

Deathcore, somehow, became more cringe than the complete embarrassment that was the evolution of "hardcore" music. From the bands to the fans, it's just a social cesspool of clout garbage. Groomer music that needs to be Bataclan'd.

Decked out in supreme. Insta follow for these trendsetting, upstanding gentlemen. God damn they're so cool hitting those 2012 teen trends that really scream deathcore in its prime

f*cking lol at that picture

it's like 80 degrees here and these guys are all wearing sweatshirts? gimmie a f*ckin break

Didn't they used to be a slam/death band?

This isn't deathcore though? Old men yelling at deathcore clouds again. It's nu-metalcore shit like this that's hypebeast clout music for scene kids.

Deathcore, somehow, became more cringe than the complete embarrassment that was the evolution of "hardcore" music. From the bands to the fans, it's just a social cesspool of clout garbage. Groomer music that needs to be Bataclan'd. ^^^ For once I agree with someone on here. If you are in a deathcore band just save yourself the humiliations of people leaving as soon as your shitty deathcore bands set starts hahahaha nobody wants to sit through any atrocity just hang it up and call it quits. Yes I'm talking about you!

Since they are from a weird country I thought this might be different and maybe good. It's not.

anonymous 12 hours ago Swing and a miss. I guess they can't all be homeruns I'm a homer

Okay, being from Slovenia definitely explains being 10 years late on stupid fashion trends, but not making music this f*cking terrible

Melania will be available for a private one hour culutural insultation after every U.S. show. 10K cash only (half up front half when over.) Blood test required, proof of covid vaccination not. ^^^TDS >>> The only one with Trump Derangement System is you, you cultist scumbag. Get over Trump losing & eat a di ck. I am mocking his gold digger whore wife who married him only for the money & has hated him since day one i.e. the day they met. I'm also pointing out what a cruel bitch she was for the message on her jacket when she went to see the caged children for fun.

What a bunch of miserable c*nts you all are, bravo.