Stream the album's first single, 'Sweet Dreams of Otherness', below. 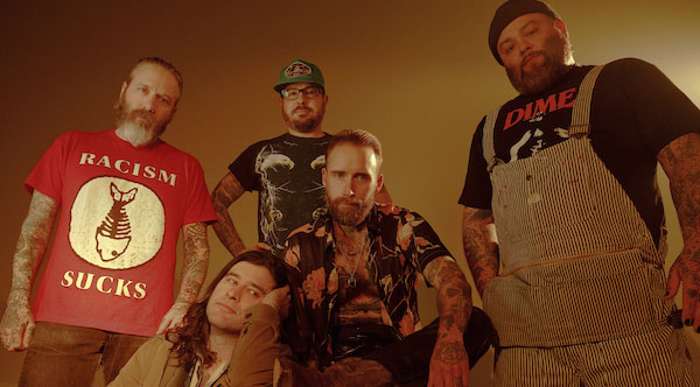 Canadian post-hardcore heros Alexisonfire have returned with their first new full-length album in more than 13 years. Titled Otherness, the ten-track album will be released on June 24 through Dine Alone Records.

Lead single "Sweet Dreams of Otherness" can be streamed here:

Says vocalist George Pettit, "This song was largely Dallas [Green]'s brain child, but over the course of writing this record, it became more of a mission statement for the band. It's kind of about performance and embracing a new found confidence in a state of peculiarity."

"The biggest difference is the space we are all in. We were all really thrilled to make a record, and it was such a respite from what was going on in the world. It felt like life could be beautiful," guitarist Wade MacNeil says. "We were supportive of one another. Everyone was in such a good mood. It was such a treat to be able to do it again."

"As much as we love playing the old songs, we don't want to be a nostalgia act. The only reason to come back is if we feel we still have something to say," Pettit explains. "We spent so much time on the road thinking that if we stopped, people would lose interest. But when we went away, it only got bigger. We all carved new paths for ourselves, so coming back to Alexisonfire is a purely enjoyable creative venture. Something special happens when we get in a room together."