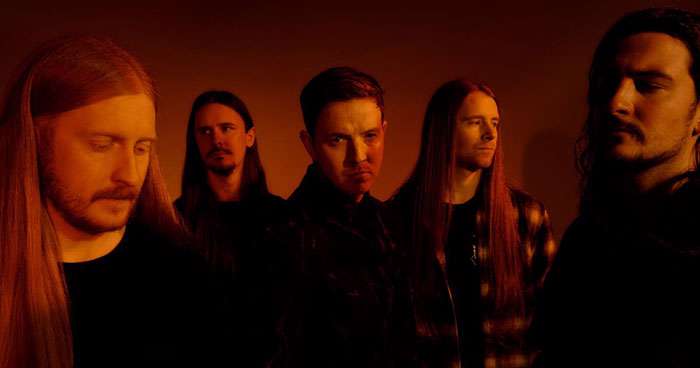 Scottish fire-brands Bleed From Within are embarking on the most extraordinary year of their career. Ascending above a multitude of challenges that the past few years have spewed up, the band are elated to reveal the foremost details of their new studio album. The record, auspiciously named Shrine, will be released on June 3rd, 2022 via Nuclear Blast.

Launching proceedings is soaring new track "Levitate," accompanied by a stunning video. An erudite masterclass in modern metal, 'Levitate' affirms Bleed From Within's infinite talent - asserting their importance in modern heavy music, laying the pathway to echelons anew. It follows the release of previous single, "I Am Damnnation," which has clocked up an impressive 426k YouTube views and 2.2 million Spotify streams since its release.

Speaking on the announcement of Shrine today, Bleed From Within share, "'Shrine' is the sonic embodiment of the dedication to our craft, representing everything that we've been through to stand where we are today. By far our most challenging album to complete, 'Shrine' is a testament to our resilience. It is clear recognition of what we've been able to accomplish so far, but also a taste of our potential as we continue this journey.

"As we fought through the writing process, we were continually fueled by society's darkest moments. The lies. The inequality. The violence. We just couldn't comprehend it. Ultimately, 'Shrine' was our outlet for the anger that we felt as we bore witness to the chaos. It listened as lockdowns tested our resolve, and gave us a reason to get out of our beds in the morning.

"We are never finished. We are in a constant state of self-improvement as the band continues, so up until this point, we can honestly say that 'Shrine' is truly our finest work. It is everything we've ever wanted to accomplish as a band, and it has inspired us beyond belief. We start this campaign knowing that this is our greatest accomplishment, our proudest moment, and soon to be our biggest album. For all those that continue to support us, this is for you. This is 'Shrine'."