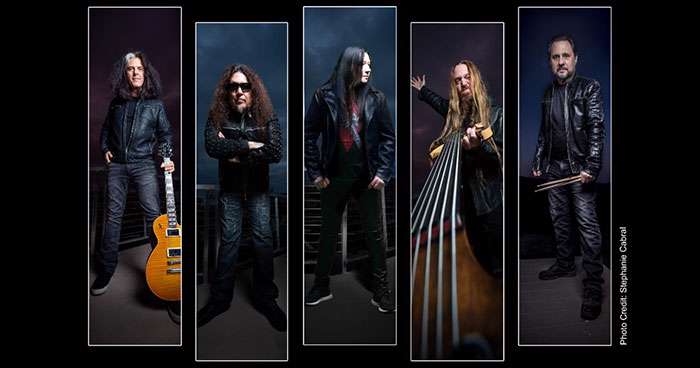 California thrash metallers Testament have officially announced their replacement for departed drummer Gene Hoglan. Now formally joining the band is none other than Dave Lombardo, who was briefly a member of Testament in the late 90s and appeared on their The Gathering album. Of course, Lombardo is best known as the founding drummer of Slayer and has also done time in Fantomas, Suicidal Tendencies, Mr. Bungle, and Misfits, among others.

Testament vocalist Chuck Billy comments: "I'll state the obvious, We are more than overwhelmed to welcome back Dave Lombardo to play drums with Testament. We are so excited to share the stage again with Lombardo. Dave added immense power when he joined the band for The Gathering (release), and we are ecstatic to see what new flavor he will bring back to Testament."

Meanwhile, Lombardo offers: "This is a long-awaited reunion that was bound to happen. Once upon a time, we created a thrash masterpiece. I have no doubt that our musical chemistry will pick up exactly where we left off. I love the Testament family and am very excited to be joining them once again. Pure brutality awaits."

Testament guitarist and co-founder Eric Peterson adds: "Having Dave Lombardo join us again feels like we are picking up where unfinished business had left off. There is a silver lining to every cloud and working again with Dave calls for us to celebrate with our horns held high!"