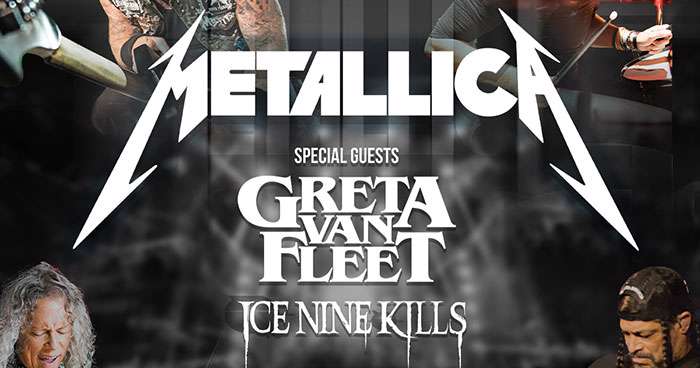 Metallica have announced what will reportedly be their only summer concerts this year. The pair of performances will take place on August 11 at Highmark Stadium in Buffalo, New York and on August 14 at PNC Park in Pittsburgh, Pennsylvania. Both shows will feature support from Greta Van Fleet and Ice Nine Kills.