The record is titled Sanctum and will drop on March 11 via Blood Blast Distribution. In addition to six new tracks, the album will feature the four two-track EPs AngelMaker released over the past few months (aka 'Sanctum - The Singles').

An official announcement is expected tomorrow. For now, the Sanctum cover art and track listing can be viewed below. 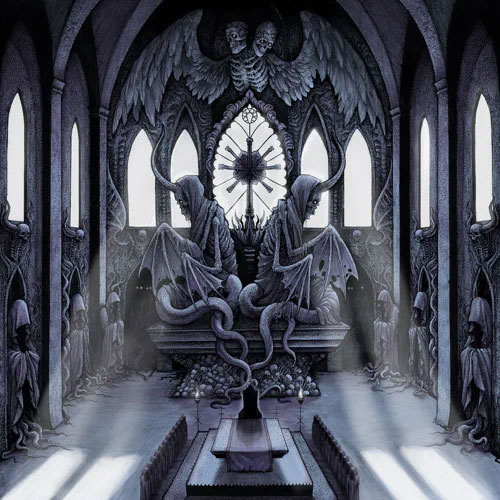