Slaughter To Prevail say they will 'most likely sue' Sumerian Records 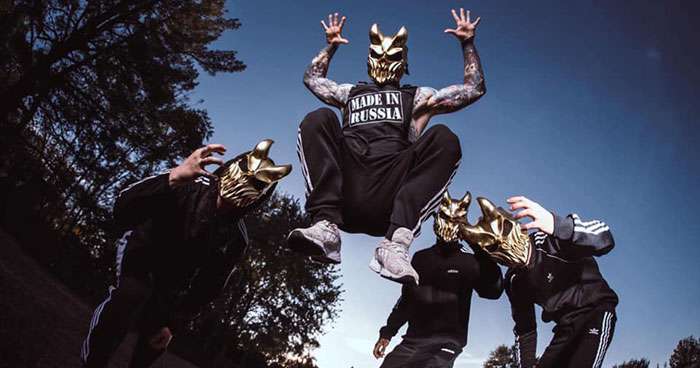 After releasing two albums with Sumerian Records, it seems as though Russian deathcore outfit Slaughter To Prevail may not be thrilled with the relationship as it currently exists.

Asked about his feelings upon signing with Sumerian in 2015 during a recent interview with EarzOnFire (see below), Slaughter To Prevail frontman Aleksandr "Alex Terrible" Shikolai says that he was originally "absolutely happy," before stating that the band is now "on pretty bad terms" with the label.

"I was absolutely happy," Skikolai explained (note: we're at the mercy of the Russian-to-English translation provided on YouTube). "I guess it was around 2015 and back then we were just starting out. Man, I was in a fool's paradise. 'We're gonna sign with Sumerian and everything will be hunky-dory.' But c'mon, you gotta be f*cking smart and legally competent to be able to sign the right contracts. We had no legal advisors, we had no one. We signed everything right away and right now we are on pretty bad terms with Sumerian Records. Most likely, we will sue them in order to terminate the contract and be able to move on our own. And by no means am I saying that they are bad, so-and-so. They gave us a huge head start, but it is us who made a wrong move building a relationship like this. We didn't give a shit then. And now we seem to have grown a little wiser and kinda woke up, you know. The issue is pending right now."

Subsequently asked if Slaughter To Prevail had "bigger offers" from labels, Skikolai said, "Yes, sure there were. But now we're embracing the idea of working independently and earning more money by moving on our own."