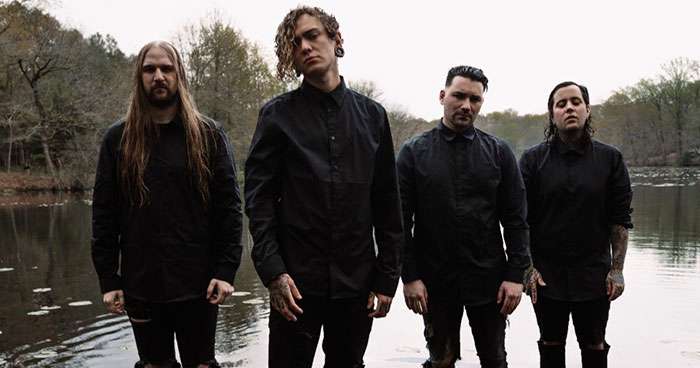 New Jersey deathcore outfit Lorna Shore have completed work on their fourth album, and first to feature vocalist Will Ramos.

Further details have yet to be revealed, but an early 2022 release through Century Media Records is expected.

is their old singer still pissing on scene queens or what

some of the worst music enjoyed by even worse people. XXXL windbreakers and cars that cost less than 3k are stoked. generic

Im excited for their new album! They are absolutely insane

lol, calling these vocals generic. best joke of the day.

Imagine taking press photos where you're forced to stand in knee deep water in jeans and it gets cut off above the knees. Tryhards

Musically un-intelectuals and haters gonna hate. Was a sick album but to each, his own.

Musically un-intelectuals and haters gonna hate. Was a sick album but to each, his own. ^ this guy f*cks

Cheers for the Methwitch recommendation.. Way more deserving of ones attention and financial support than most.

37 year olds out here not playing with their kids to hate on everything. Trolling aint a habit its a hobby.

Never heard of methwitch before reading these comments, I'm now literally on the verge of a brain aneurysm after listening to any 3 consecutive seconds of any of their songs.

37 year olds out here not playing with their kids to hate on everything. Trolling aint a habit its a hobby. - You think we're just sitting at home wasting time on Lorna Shore? Most of us are at work killing time my dude