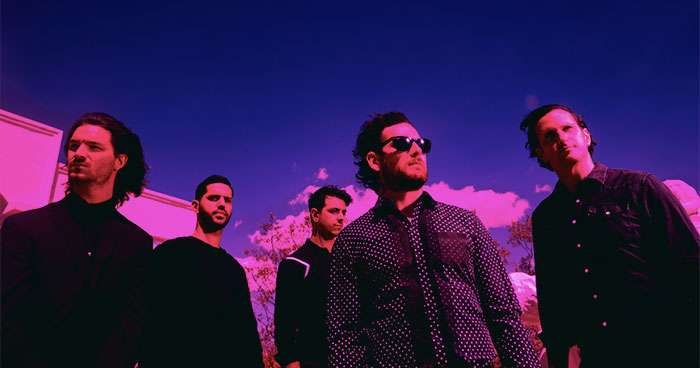 Senses Fail have formally announced their eighth album Hell Is In Your Head. The album is set for release July 15 via Pure Noise Records. Co-produced by Saosin's Beau Burchell, Hell Is In Your Head marks the band's first studio album since 2018's If There Is Light, It Will Find You.

The announcement is accompanied by the release of new single "I'm Sorry I'm Leaving" which finds vocalist Buddy Nielsen "confronting his anxieties around being a career musician and the constant struggle to create a good work/life balance and being a father."

"The band has now become me and vice-versa." he explains "I'm trying to put myself on the map as a songwriter and as a complete musician, not just as a lyricist or the singer. This is where I had been planning to get to over the last three records. As a touring entity we are still five people, but when it comes down to the writing, it's a solo vision as far as where I want to take it."

Speaking on their new single ‘I'm Sorry I'm Leaving' Nielsen comments: "I wrote this song about the constant struggling with making music and art as a living. I am constantly waiting for it to all fail and disappear even 20 years into a career. At no point do I ever feel safe. After having a child, the relationship with this lifestyle became more strained. Having to leave home and lose time with your child while also hoping that what you do continues to support your family and remains fulfilling is complicated. Continuing to improve and remove my own trauma in order to be a better father is the bases and goal of the song."

Hell Is In Your Head track listing: