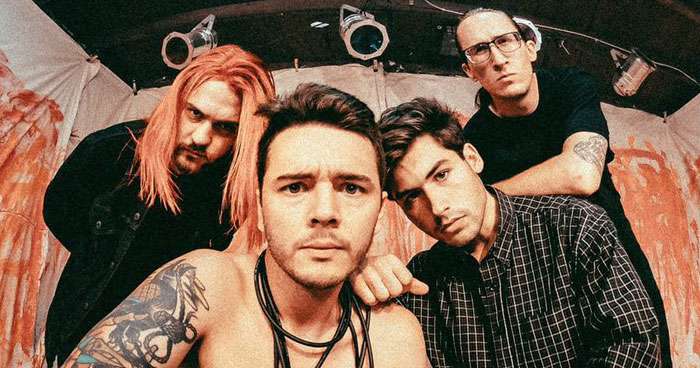 Orthodox has blazed a trail of anger, unease and brokenness that hasn't merely defined the Nashville, Tennessee-born band but brought hardcore itself to a new, disturbing place. Having torn up the road in the U.S. playing alongside the likes of Kublai Khan, Spite and Knocked Loose, Orthodox takes its next step by announcing their new label home Century Media Records.

With a sound that encompasses the technicality and adroitness of hardcore with the rawness and emotion of influences including Iowa era Slipknot, Korn and System of a Down, Orthodox distinguished themselves from the outset with the release of 2017's Sounds of Loss, released mere months after the band's formation via Unbeaten Records.

Commenting on the signing, Orthodox, who is busily working on their third full length record with producer Randy LaBoeuf (Chamber, The Acacia Strain), states, "Hilariously enough, we signed with CM back in early 2020, waiting to unveil the news until the time is right. Now that that time is here, we're beyond ecstatic to share what we've been working on and can't wait to see what kind of impressions we can make with this team behind us."

Century Media Vice President of A&R Mike Gitter adds, "Orthodox's second album, Let It Take Its Course, was a complete coming of age for not just the band but a record that took hardcore and metal somewhere fresh and uncomfortably emotional. It's the sort of record that bleeds with real vulnerability and honesty. And it bashes your skull in the process! Orthodox is going to be a band that will not only set the standard but will also make records that people will connect with for years to come."

Orthodox is the sound of your world caving in on itself. They prove that once again with their new song "Body & Soul," which was released today on all digital platforms. The video for "Body & Soul," directed by Errick Easterday is every bit a bloody blast to the ears, eyes and heart featuring the band tearing things up alongside their friend and visual artist Ryan Rado, who provided the extraordinary artwork for the single itself. The same was painted on the set of the video shoot with Rado artistically reacting to the music in real time. Check out "Body & Soul" here: