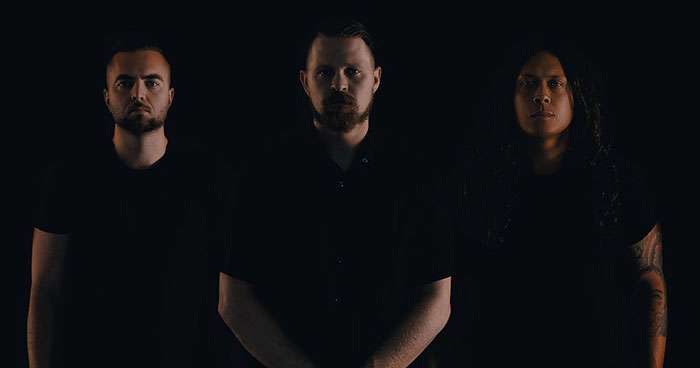 Mire was originally conceived in 2017 with guitarist Ryan Gilsan (ex-Allegaeon, Pyrithion) and vocalist Benton Mckibben. The pair issued a six-song record in 2018, but they've now relaunched with Hipa and have released their debut single, "Refined." Featuring drums by Jesse Beahler (Thy Art Is Murder, ex-Jungle Rot) and produced by Dave Otero (Cattle Decapitation, Archspire), the track and its music video can be found below.

"Very stoked to share some new music from my band Mire," says Hipa. "Ryan, Benton, and I started this journey together in 2017, with the simple desire to create stylistically unrestrained music based on mutual admiration for riff based songwriting."

"Our first single 'Refined' is out now. It's a decently pummeling tune that represents just one facet of what we've created together. I really hope you dig it, and look forward to sharing more tunes in the near future."

I am so f*cking sick of hearing about this jabroni.

the only way i would click this is purely by accident. but i'm being very careful to make sure that doesn't happen

Better than as I lay crying

If you're a man and a woman has never almost pushed you to the edge of hiring a hitman to murder them you're a virgin.

but what does Tim Labesis have to say on this? we need a statement.

Worse than I expected

Damn most of you are f*cking douche bags.

Damn most of you are f*cking douche bags. Sorry dude your band blows

the hook was pretty cool

anonymous 16 hours ago If you're a man and a woman has never almost pushed you to the edge of hiring a hitman to murder them you're a virgin. The biggest virgins always project the hardest.

Good for him good song 🎧

this is sexy music ladies will love

I could hear this being the music for M Bison's stage in the new game.

But is he vaccinated

haha this sucks. anyone who says otherwise yikes

haha this is soft and boring. also, metal and hardcore is supposed to be dangerous. anyone on here disparaging Tim is a known beta cuck plebian

Stop posting anything regarding as I lay dying already

"Wtf was that post? Cool meltdown dude" Sounds like you're the one melting down. Lake of flaccid dicks.