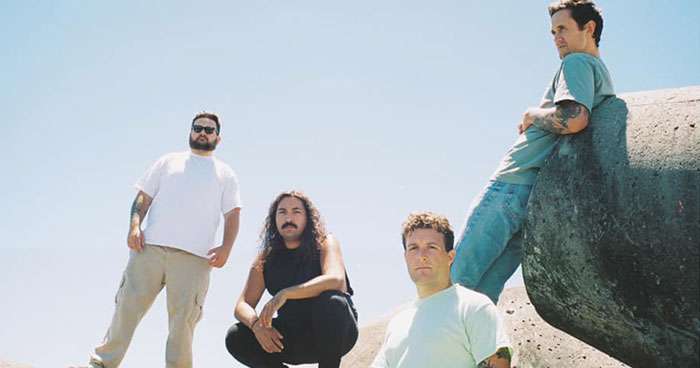 Today, band has unveiled their new single “Watch You Burn,” produced and engineered by Taylor Young (Nails, Twitching Tongues, Rotting Out) and available for streaming below.

"'Watch You Burn' is a pissed off and in your face song that I wrote after hitting a breaking point this year,” says vocalist Sammy Ciaramitaro. "Lyrically, it is exactly what I felt like I needed to say to convey the way that I had been feeling, while also being the exact words that I needed to hear at that point in my life. I was in a really dark place and I used my mindset and troubled environment as fuel to create and make a positive out of a negative. Life handed me lemons and I made a badass song out of it."

Since their formation in 2014, Drain have released two EPs and one full-length record. They will be on tour this fall as direct support for Terror.

haha...that main riff does indeed sound like it was lifted from Coal Chamber's 'Loco'

How insensitive to not have a mask anywhere in sight. Get it together America!

Dude second furthest from the left looks like a skinnier Carl from Aqua Teen Hunger Force wearing a wig.

This is not good.

What does Michael Rapaport have to with this overrated sh It band (like all these Bay Area bands are - Gulch etc)? I need a laugh. Speaking of laughs if you want them check out the video Rapaport posted of seditious traitor Rudy Giuliani shaving - SHAVING - over a dining table in the cafe at JFK Airport like a derelict gavone.

^Giuliani a "seditious traitor"? Nah son stop watching MSNBC and the Young Turks. Giuliani is an American Hero and Patriot.

^ Giuliani is a seditioys traitor & you're a Trump cultist jackass.

^ Young Turks hate MSNBC so get your calling out media outlets lije they're insults straight dumbo.

do they have any tips for cleaning my drains?