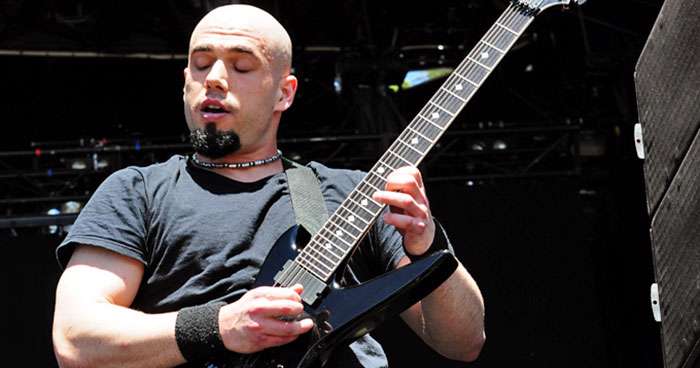 Less than a day after it was revealed that Soulfly will be touring this summer with Dino Cazares (of Fear Factory) instead of longtime guitarist Marc Rizzo, Rizzo has formally launched his new band Hail The Horns.

Notably, the new group also features Tony Campos (Static-X, Soulfly) and Christian “Opus” Lawrence (Dead By Wednesday, Ellefson). Their cover of the Kiss track "God of Thunder" can be streamed below.

While no official announcement regarding Rizzo's status with Soulfly has been made, it certainly appears that his 18-year run with Soulfly may be over. Rizzo purportedly issued the following comment when asked about Soulfly:

“I’m super excited to move foward with my solo project, Hail the Horns, and Revenge Beast!!! These last few years have been too much of a stress on my life and being home this past year focusing on my projects has been super healthy for me. Much love to all the fans and I can’t wait to hang with you guys after my shows and talk more in person!"