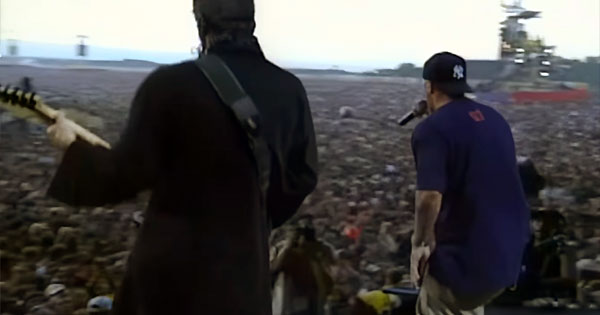 Netflix is reportedly developing a docuseries that will focus on Woodstock '99, the heavily-attended New York festival that aimed to recreate the spirt of the original Woodstock (1969), but ultimately devolved into chaos and controversy. Woodstock '99 featured a slew of marquee performances, including sets by Rage Against The Machine, Limp Bizkit, Korn, Red Hot Chili Peppers, Ice Cube, and Creed, and was attended by roughly 400,000 concertgoers during its four days. According to Deadline, production for the project has already commenced and comes from Raw, the company behind Don't F**k with Cats and Fear City: New York vs. The Mafia, in conjunction with BBH Entertainment. Deadspin reports that the docuseries will feature "unseen archive footage and intimate testimony from people behind the scenes, on the stages and in the crowds." Further details have yet to surface.

Tags: Rage Against The MachineKornLimp Bizkit