Ingested have revealed plans to release their fifth studio album this summer. The new album is titled Where Only Gods May Tread and will be available on August 14 through Unique Leader Records. Featuring guest appearances from such notables as Kirk Windstein (Crowbar, Down) and Matt Honeycutt (Kublai Khan), the outing was mixed and mastered by Cryptopsy guitarist Christian Donaldson (Despised Icon, Beneath The Massacre), engineered by Nico Beninato and Sam Yates at Foel Studios in Wales, and features artwork courtesy of Dan Seagrave (Morbid Angel, Entombed). To coincide with the announcement, Ingested have issued a video for new song "Dead Seraphic Forms." The clip features cameos from a slew of musicians, among them Matt Heafy (Trivium), Trevor Strnad (The Black Dahlia Murder), Flo Mounier (Cryptopsy), and Eric Morotti (Suffocation). You can check out the clip here: Track listing: 01. Follow The Deceiver 02. No Half Measures 03. Impending Dominance 04. The List 05. The Burden Of Our Failures (ft. Vincent Bennett) 06. Dead Seraphic Forms 07. Another Breath (ft. Kirk Windstein) 08. Blackpill (ft. Matt Honeycutt) 09. Forsaken In Desolation 10. Leap Of The Faithless 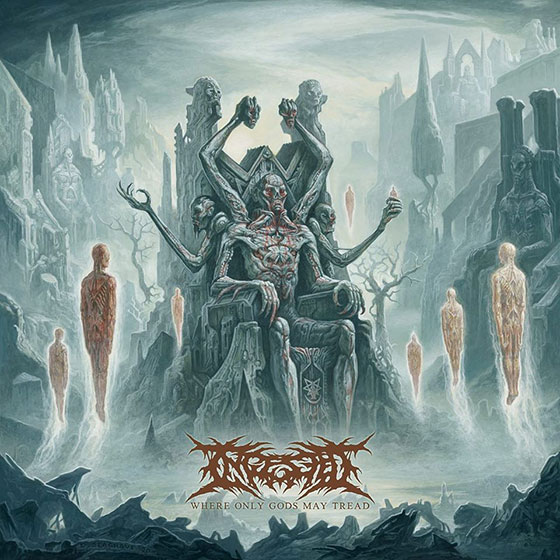