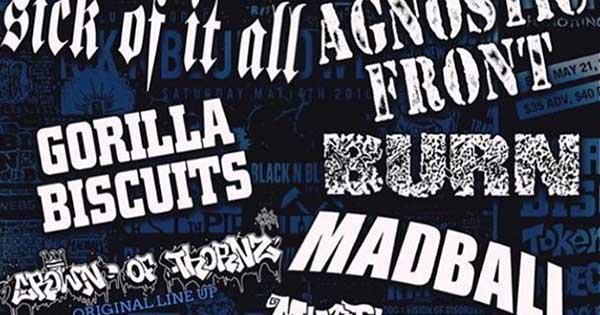 The initial line-up has been announced for Black N' Blue Bowl 2020, slated to take place May 16 and 17 at the Brooklyn Monarch in New York City. Bands confirmed thus far (with more to be announced) are as follows: Sick Of It All Agnostic Front Gorilla Biscuits Burn Crown of Thornz Madball Subzero Murphy's Law Death Threat No Redeeming Social Value Shutdown