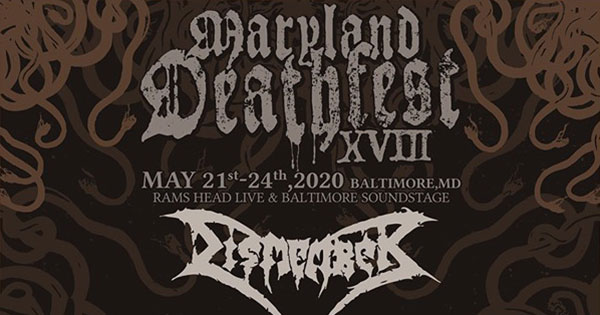 lol fu.ck Fistula why does anyone still book those clowns

Wake me up when they announce bands on the Stay Sick Recordings label.

Graveyard: the rock band with a death metal name

Not asked for. Local band fest

Frizzi 2 Fulci is great. Saw them when they were doing The Beyond tour

Lets play a game, take a guess at how many of these bands will break up before this show. My guess......10

he high key spoiled his discography

Would be a great fest if it wasn't in shithole Baltimore. City is a dumpster fire, the people are wasting oxygen, and the venues smell like pool locker rooms.

Dudes with nazi patches on their vests, jackets, and butt flaps are not stoked

Dudes with nazi patches on their vests, jackets, and butt flaps are not stoked ^^^^^ Total lies. They are very stoked. That said, they are not stoked about hanging out in Baltimore.

LOL at all the people who saw Harley at the Misfits show and thought he was Flea and took pictures with him.

^LOL Did this really happen?

Multiple people on instagram took pics with him thinking it was Flea.

Who the f*k are these retarded bands??? Where does is say Emmure,I cant find them on this list. I must be blind.

Warcraft-playing 40 year old grown ass men with ponytails who refuse to move out of their parents house are stoked. Also apply this to bald degenerates with beards who still wear morbid angel shorts at 40

"fck yeah, hope Dismember plays lots off Indecent And Obscene" FRONT TO BACK would be nice! All that matters on this whole fest = DISMEMBER and VIO-LENCE so far.

will anyone actually be able to see the bands through the vape smoke though?

I can already smell this fest

Black cargo pants and combat boots are stoked for this.