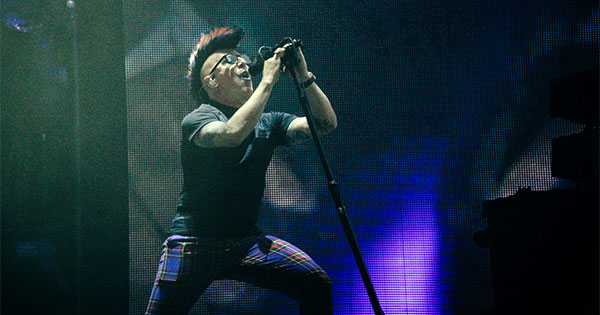 Tool's long-awaited new album will apparently be released on Friday, August 30. The band revealed the release date Tuesday night (May 7) at their concert in Birmingham, Alabama. During the show, the main video screen displayed the date "August 30th" (see below), after which frontman Maynard James Keenan encouraged fans to share the news via social media. There you go.

#Tool just announced the release date for their new album at the #bjcc show in Alabama tonight. #toolband #tool2019 pic.twitter.com/Kscu4aewgJ

No one gives a shit.

band sucks and has always sucked. no care ever for them or clutch or zao

lol at all the wannabe elitists that will come in here and say they don't care. you all care. every single one of you

do not care at all. can't even name one tool song

Seriously only the dweebiest of music dweebs actually care about this. Band has been way overrated since the beginning

^ everyone above wants to fck maynard because of his mohawk

The graduating class of 1998 are stoked for this.

Dudes who still think Marilyn Manson took his floating ribs out to sck his own dck are stoked.