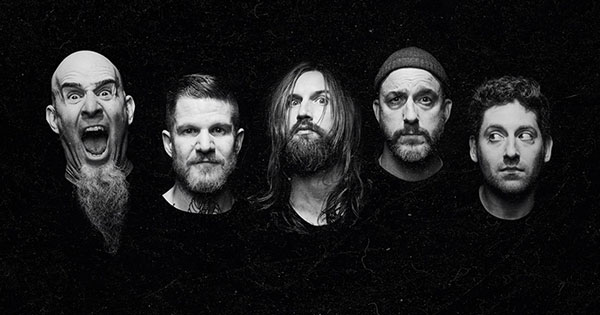 The Damned Things, the hard rock/metal 'supergroup' featuring members of Every Time I Die, Fall Out Boy, and Anthrax, is apparently set to make its return. Today the group posted something to Facebook for the first time in roughly seven years: a photograph of their current line-up. Notably, the band roster now appears to include Dan Andriano of Alkaline Trio. Meanwhile, Rob Caggiano and Josh Newton have exited the group. The Damned Things will release a new EP titled High Crimes on April 26 through Nuclear Blast. They're also scheduled to appear at Rockville 2019.