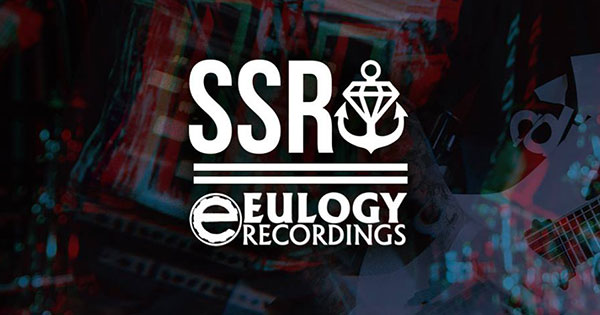 Stay Sick Recordings, the label launched by Attila frontman Chris Fronzak, has finalized a deal with Eulogy Recordings. Details haven't been disclosed, but Eulogy will be "merged into [the Stay Sick] fold." Founded in 1997 by John Wylie (Morning Again, Until The End, etc.), Eulogy was a key hardcore and metal label in the early 2000s, releasing records from a slew of notable bands, including Unearth, Evergreen Terrace, I Killed The Prom Queen, Bury Your Dead, Dashboard Confessional, Set Your Goals, Walls Of Jericho, On Broken Wings, and New Found Glory. Wylie had this to say about the deal: "Eulogy is a huge part of who I am as a person and means the world to me. Over time i have become very busy with other business ventures and have maintained Eulogy as a part time label to help new bands take a big step forward. I had many labels approach me to work together but none were the right fit. Mike and Fronz both come from the same place I do. They understand what Eulogy is and have the ability to move it forward in the right direction. I couldn't be more excited to work with SSR and i'm happy they have stepped into the picture. I'm very excited for the future of Eulogy." Fronzak comments: "We are excited to announce that we have officially acquired a new partnership with Eulogy Recordings. Eulogy was a pivotal label for hardcore and metal music in the 2000's and many of their bands had a huge influence on me personally. It was bands like Unearth, Bury Your Dead, The Warriors, On Broken Wings and Kids Like Us that inspired me to start Attila and pursue a career in music. If it wasn't for the bands on this label I wouldn't be where I'm at today so this is a very surreal and euphoric moment for me." Finally, Stay Sick co-founder Mike Milford added, "I grew up in the music scene listening to and touring with a large number of Eulogy bands. I met John Wylie in the early 2000's when I helped bring Until The End to California for the first time. The band were all incredible people and I was very happy with our new friendship. Fast forward 15 plus years and it is nice to be working with John again. Knowing the full history of the label guarantees the vision he created will be expanded on for years to come."