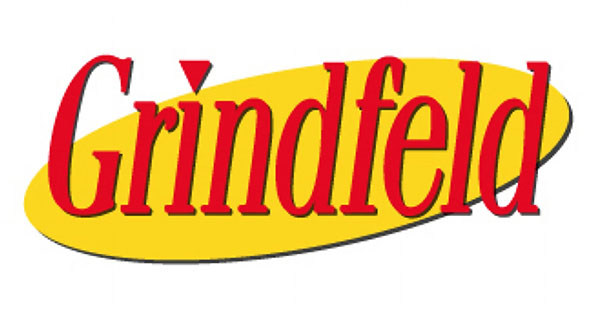 Current and former members of Rivers Of Nihil, Wretched, and Alterbeast have launched a grindcore/death metal band called Grindfeld. As you might have guessed from their logo, the group is inspired by the iconic TV show Seinfeld. The band -- which includes Joel Moore (Wretched), Jared Klein (Rivers of Nihil, The Undying), and Monte Barnard (ex-Alterbeast, The Kennedy Veil) -- says this of their mission: "Making light of the mundane drudgery of average daily life is simply a thin veil laid over the nihilistic truths put forth by Larry David and Jerry Seinfeld during the quintessential time in our collective generations upbringing." Grindfeld will release their debut EP, 5 Songs About Nothing, on November 23. Its track listing can be found below. The new song "The Contest" can be streamed here: [via ThePRP]