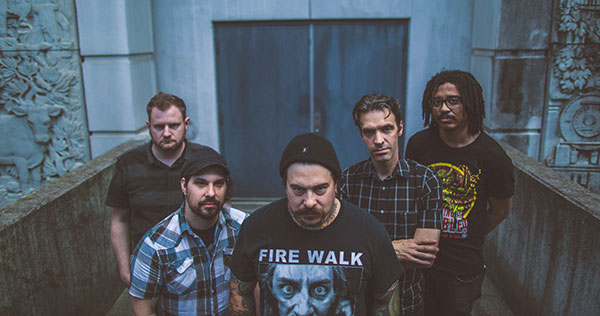 photo by Jered Scott
Zao has revealed that recording is well underway for their next album and follow-up to 2016's, The Well-Intentioned Virus. Guitarist Scott Mellinger will enter the studio this week to finish up guitars for the record, which Zao expects to release in 2019. The band has issued the following update:
1) We are expecting the Yashira split to show up relatively soon and all copies will go out immediately. There are still a few red and blue copies hanging in there but not many. 2) Last we heard Tragic Hero records is trying desperately to get at the VERY least the copies of Funeral of God that have been pre-ordered manufactured and sent out as soon as possible. We would not expect this to happen within 2018. This release has essentially been out of our hands since we handed over the new masters and our art instructions. Aside from that we had nothing to do with the pre-orders nor can we personally reach out to the buyers as we do not have this info and everything went through Tragic Hero. We are massively sorry. Never again. 3) We will have a new 7 inch out (featuring 2 new songs that will be exclusive to this release - and like the track from the Yashira split will NOT be on our next album) probably at the tail end of 2018 or very early 2019. It is called Decoding Transmissions From The Möbius Strip. Two variants. approx 400 of each. No pre-orders on this. After this year's pre-order fiasco it will be an immediate shipping once we put it up. 4) Scott is heading into the studio this week to finish up guitars for our new album. we are hoping for a 2019 release for this.