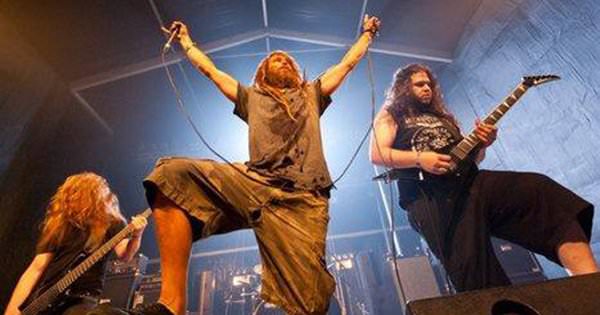 Decrepit Birth has dropped off the remainder of their North American tour with Arsis, Internal Bleeding, and Pyrexia, et al. as a result of the stage diving injury suffered by vocalist Bill Robinson during the band's performance in California several days ago. Decrepit Birth had originally hoped to rejoin the tour, but tour organizers have now revealed that they will not:
"We have received some sad news today and was just told that Decrepit Birth will not be able to continue on with the tour. Bill's femur surgery went very well but he needs to get rest and take it easy so his injury heals properly. Send him all the love! He is a tough guy and we love Bill! "The tour will continue on and Arsis will headline the rest of the shows. They have a brand new album dropping on November 2nd via Nuclear Blast / Agonia Records! We hope to see everyone still coming out to the rest of the shows!"