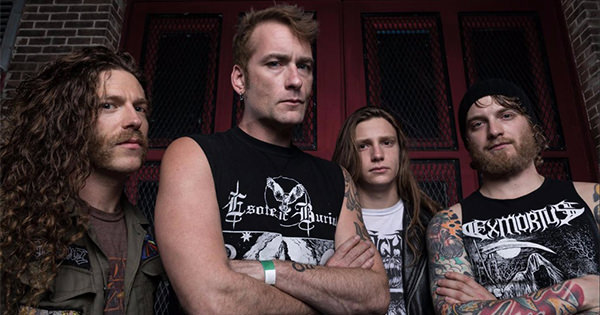 Official press release: US-based death metal outfit Arsis, reveal details surrounding its new studio album, Visitant, set to be released via Agonia Records (Europe/rest of the world) and Nuclear Blast Records (North/South/Central America) on November 2nd. Watch a music video for the album's first single, "Tricking The Gods," inspired by werewolf movies and directed by Rob Neilson of Savage Henry Films. The video is available here: Arsis commented on Visitant: "With a meticulous attention to detail and hooks, we feel as though we have created our most honest and dark record to date." Guitarist and vocalist James Malone elaborates: "I wanted to do something different with the lyrical themes for this album and it was just a natural move to incorporate a passion for horror into Visitant. As I was doing my part of the writing I tried to capture the tone and atmosphere of some of my favorite films (Silver Bullet, From Beyond, Prince Of Darkness). It was a very satisfying and fun album to write and I think it might be what fans consider a 'worthy follow-up' to A Diamond For Disease". On the first single and its video, James added: "Tricking the Gods is inspired by my love of werewolf movies, specifically Stephen King's Silver Bullet. I really liked the idea that everyone in the town was looking for this beast and it turned out to be the person they least expected: the minister. That blurred line between good and evil, heaven and hell made perfect song writing fuel." Visitant, the band's first new album in five years, was recorded, mixed and mastered at Audio Hammer Studio with famed metal producer Mark Lewis (Whitechapel, Devildriver, Cannibal Corpse). The album is replete with cover artwork and layout from Mark Riddick (Arch Enemy, Morbid Angel, Varathron) and features guest appearence of Trevor Strnad (The Black Dahlia Murder) and Malcolm Pugh (Inferi). Visitant track listing: 01. Tricking The Gods 02. Hell Sworn 03. Easy Prey 04. Fathoms 05. As Deep As Your Flesh 06. A Pulse Keeping Time With The Dark 07. Funeral Might 08. Death Vow 09. Dead Is Better 10. Unto The Knife 11. His Eyes (Pseudo Echo Cover) 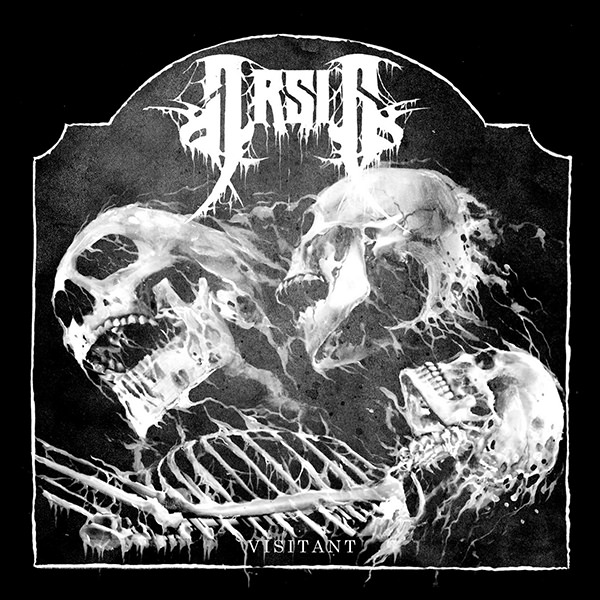