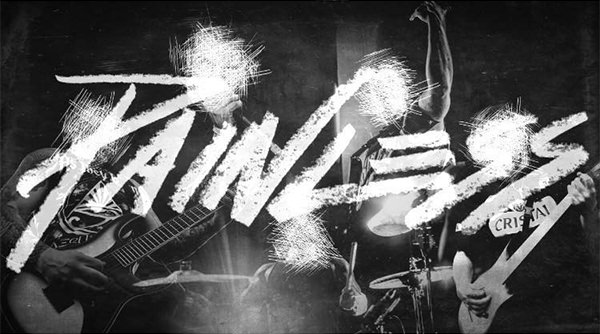 When all of Emmure's members (with the exception of vocalist Frankie Palmeri) quit the group in late 2015, they had planned to form a new band shortly thereafter. Although two years behind schedule, the new outfit has now been launched and is called Painless. The new band features former Emmure members Jesse Ketive (guitar), Mike Mulholland (guitar), Mark Davis (bass), and Mark Castillo (drums) in addition to vocalist Jacob Shaw. You'll note that Castillo was not part of the 2015 exodus, but played with Emmure from 2011 until 2014. (Castillo is also in Bury Your Dead and was once a member of Between The Buried And Me.) Painless will release their debut EP, titled No Help, on June 22. For now, you can stream a preview of the band's new single, "Spellbinder," here: